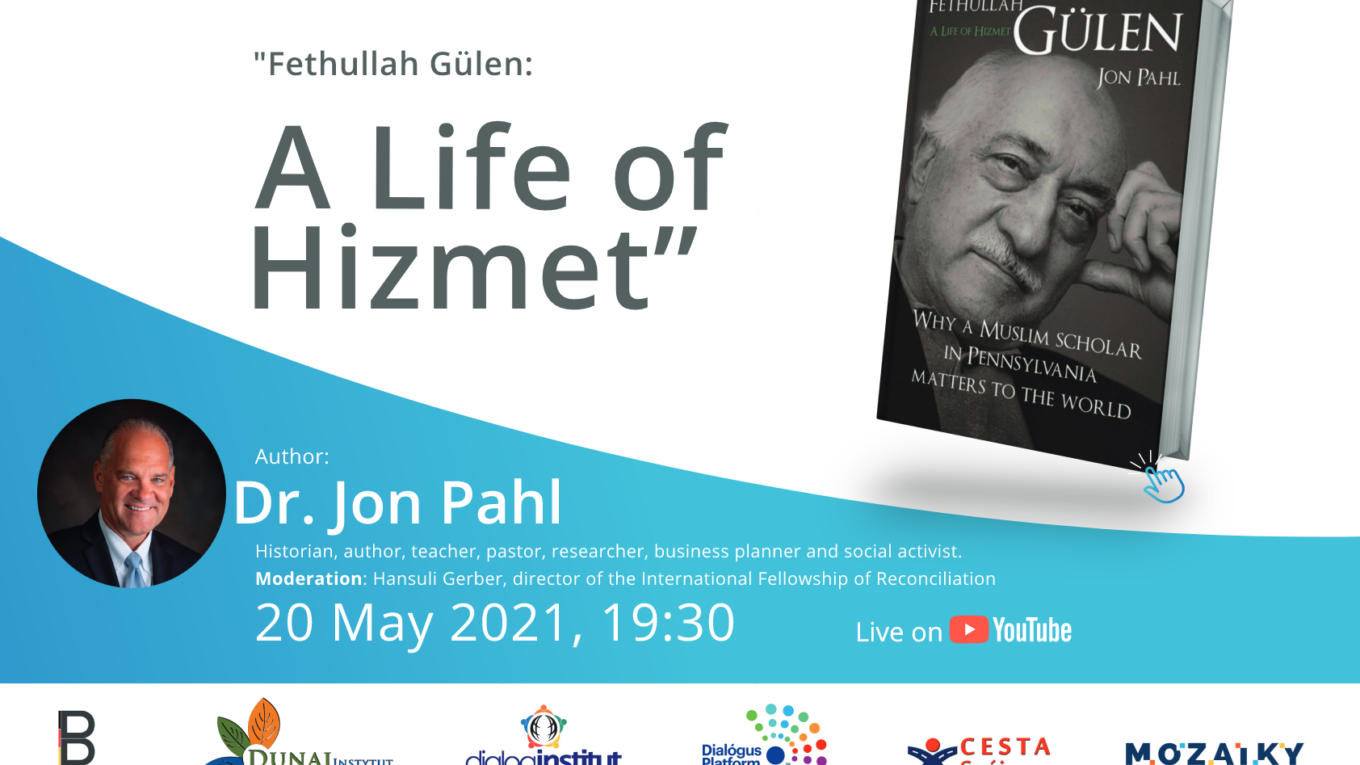 You are cordially invited to the book presentation “Fethullah Gülen: A life of Hizmet ” organized by six partner organizations in Europe. You will have the opportunity to meet the author Jon Pahl and ask him questions. The evening will be moderated by Hansuli Gerber , Director International Fellowship of Reconciliation – Switzerland and will be broadcast live on YouTube. (LINK: https://youtu.be/PPsd61aFKlo) The program will be held in English.

The book
In this first critical biography of Fethullah Gülen in English, the historian Jon Pahl takes us on a journey through which we discover the wisdom and controversies of Turkey in the 1940s to the USA in the 21st century. Pahl tells the story of a devout Muslim boy from a tiny and remote Turkish village who, on the one hand, inspired a global movement of millions of people advocating literacy, social entrepreneurship and interfaith dialogue, but was on the other hand monitored by the Turkish police who Is seen as a threat by autocrats and was recently declared the number one enemy by the current autocratic Turkish president. With lively prose and extensive research, Pahl traces Fethullah Gulen’s life and thought in its contexts.

The author
Jon Pahl is a historian, author, teacher, pastor, researcher, business planner, and community activist.
Dr. Pahl received his bachelor’s degree in history and theology from Valparaiso University, his medical engineering training from Trinity Lutheran Seminary (Columbus, OH) and his PhD from the Divinity School of the University of Chicago. Jon Pahl has published numerous articles and reviews as well as seven books, most recently the first critical English biography of the Turkish Muslim preacher Fethullah Gülen.
„JP”, as he is called by many of his students, has spoken to audiences from Accra, Ghana to Anaheim and California, including Cambridge, Oxford, Princeton, Stanford, Yale and many other colleges, universities, churches, bookstores, mosques, libraries and other public institutions around the world.
In addition to his academic work, Dr. Pahl is the minister for Faith Education and Community Engagement at the United Church of Christ, the Union Congregational in Green Bay, Wisconsin. The longest-revered Protestant church in the state of Wisconsin, this congregation dates back to 1836.
Dr. Pahl is currently completing a book entitled „A Coming Religious Peace” which focuses on the emergence of religious peacebuilding as a powerful force for positive change in cultures around the world.